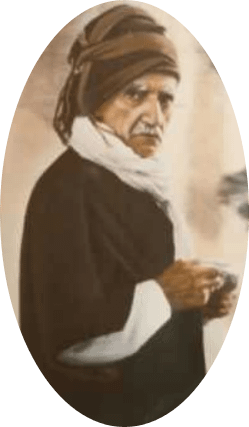 Bediuzzaman Said Nursi (may Allah have mercy on him) was born in 1876 in a small village called Nurs in what is now eastern Turkey. At the age of nine, Said was sent to a nearby madrasa in order to study the Islamic sciences. His enrollment in the madrasa was a significant turning point in young Said’s life. His exceptional intelligence, incredible memory, and  debating skills allowed him to shine among his peers, and his fame spread like wildfire around the region. He memorized eighty books word by word and completed his diploma exceptionally quickly; earning his title as an Islamic scholar at the age of fourteen. He earned the nickname “Bediuzzaman”, meaning “wonder of the ages”. He later continued his education by studying the physical sciences, mathematics, and history.

Meanwhile, the Ottoman Empire was slowly beginning to shatter. Many countries, including, Britain and France, sought to gain control of the shattering empire and its people. In a speech delivered at the British House of Commons, William E. Gladstone is known to have said “So long as the Muslims have the Qur’an, we shall be unable to dominate them. We must either take it from them, or make them lose their love of it” (Bediuzzaman Said Nursi by  Sukran Vahide 30).

Gladstone’s statement had an immense impact on young Said and led to a second major turning point in Said’s life. He regretted deeply the fact that Muslims of his age were beginning to forget the Quran and religion that their ancestors had for so long held onto. Taking away the Quran meant the disappearance of Islam. Upon hearing Gladstone’s statement, he declared “I shall prove and demonstrate to the world that the Quran is an undying inextinguishable sun!?[1] He then actively began participating in Islamic preachings, traveling from city to city and immersing himself in the political sphere. This period of Said Nursi’s life is known as the “Old Said.” 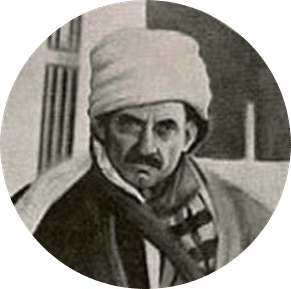 After his active participation in the political realm, Said experienced a final and most important turning point of his life. His views concerning politics began to change. He decided that the true defense of Islam would not come from politics but by strengthening one’s faith and that of the Muslim world. He therefore isolated himself in a remote mountain where he could worship and pray as he pleased.

Eventually, he began writing a series titled “The Risale i Nur”, meaning “The letters of light”. This period of his lifetime is known as the “New Said”.

Meanwhile, a new political movement known as Kemalism was taking root in Turkey. Kemalism is a form of secularism, where the forceful[2] secularization of the people is prioritized over religious freedom. Said’s piety and his great influence among Muslims, therefore, stood as a barrier between Kemalists and their dream. In order to end Said’s religious influence; they exiled, imprisoned, and poisoned him numerous times in order to prevent his influence from spreading around Turkey. Despite all their struggles, however, the more they tried to weaken his influence on the people, the more it grew and the more it spread all around Turkey and eventually overseas.

In the face of all difficulties, Said continued to remind people of their religion that they were slowly beginning to forget. His writings were secretly passed from person to person and copied by hand, as it was illegal to publish them. This way, his books continued to spread and the government’s efforts were all in vain. In fact, his work was so popular that at the time of his death, the government decided that his body be relocated to an unknown place so as to lessen his popularity.

I have started this blog in order to translate his work to English and write my own commentaries to clarify certain passages.

[2] The word “forceful” is used to describe some laws/acts done by the Kemalists. These include the Hat Law, which required all males to wear a Western style hat as opposed to the Islamic turban which was worn during that time period. Those who refused to comply were sentenced to death and hundreds of Muslims were executed in this way. The fact that Arabic books were burnt, the Arabic call to prayer (adhan) was prohibited, and the headscarf was banned in schools and workplaces are a few other examples.